July 15, 2021 yssapkale
Less than a month ago we reported that Jack Ma’s may not be able to participate in ‘s IPO. Now, sources tell us the Chinese company will probably reduce its 30.33% in Paytm’s parent firm ahead of its IPO. Read on to find out why.

China’s Ant Group is likely to sell at least a sixth, or 16.67%, of its 30.33% stake in One97 Communications, the parent company of Paytm, ahead of the fintech firm’s initial public offering in November, sources told us.

Why? Paytm needs Ant to reduce its stake to less than 25% to comply with Sebi norms for firms looking to list as ‘professionally managed companies’, the sources said.

A professionally managed company is one that does not have any promoter group.

“Ant is definitely looking to offload at least 5% in Paytm so the IPO can sail through without hurdles. Other investors could also offload smaller portions,” a person aware of the matter said.

How? The sale is likely to be part of Paytm’s offer for sale (OFS).

It could also be split as a qualified institutional placement (QIP) ahead of the IPO, sources said, just like Zomato did before its IPO.

How much? Ant Group is looking to sell the stake for about $800 million (over Rs 6,000 crore), based on Paytm’s current valuation of $16 billion.

Also: Paytm is likely to request Sebi to treat Ant Group and Alibaba – which hold a combined 38% in the company — as separate investors, the sources said, as this will make it easier for Paytm to comply with Sebi’s rules.

Alibaba owns a little more than 7% in the company. Ant was initially the fintech unit of the Chinese e-commerce giant before founder Jack Ma spun it off as a separate entity.

Paytm’s overall offer size is likely to be around $2.3 billion, or Rs 16,600 crore. This, sources told us, will likely be split into equal primary and secondary components.

This means Paytm’s investors will sell over Rs 8,000 crore worth of shares before its public listing.

It was earlier expected that the secondary offer would be on a “pro-rata” basis between the fintech firm’s major investors, Ant Group, Japan’s SoftBank and Elevation Capital.

Sources, however, told us that a significant chunk of the secondary sale will be made by Ant Group.

SoftBank holds 18.73% in Paytm while Elevation Capital (formerly SAIF Partners) has a 17.65% stake. 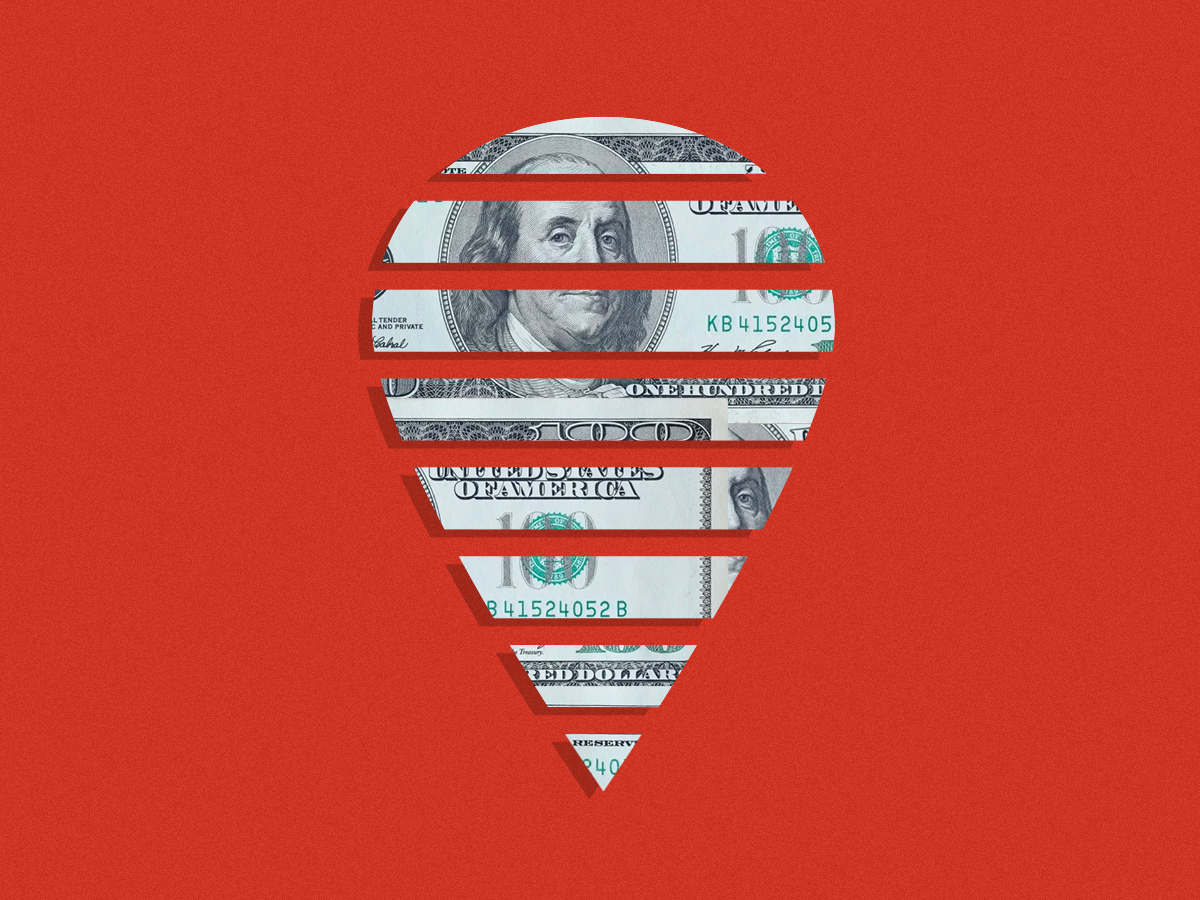 Oyo Hotels & Homes has closed a debt financing round of $660 million from global institutional investors to service existing loans, sources told us.

The latest round comes as the hospitality sector in India is yet to fully recover from the impact of Covid-19, even though bookings are gradually picking up as lockdown restrictions are lifted. A potential third wave of the pandemic could again disrupt the sector, and so the market conditions remain uncertain.

What’s the plan? According to Abhishek Gupta, group chief financial officer, Oyo, the funds will be used to retire the company’s past debts, strengthen the balance sheet and for other business purposes, including investment in product technology.

Many early-stage foreign investors in Zomato are unable to buy shares in the company’s initial public offering (IPO).

Why? Reserve Bank of India (RBI) told large multinational custodian banks on the eve of the issue to abide by a 2019 rule that restricts foreign investors from holding equity as a foreign direct investor (FDI) and as a foreign portfolio investor (FPI) in the same company.

An overseas investor buying stocks of an unlisted Indian company steps in through the FDI route, but requires an FPI licence from capital market regulator Sebi to subscribe to an IPO or buy shares of a listed company in the secondary market.

Delivered our best quarter ever despite pandemic, says Wipro CEO

As Thierry Delaporte completes one year as chief executive of Wipro, the Bengaluru-based IT services provider has outperformed larger rivals by posting faster growth in the quarter to June. The company is working “very hard and we are executing on our strategy,” Delaporte told ET’s Alnoor Peermohamed & Raghu Krishnan in an interview. Read the full interview here.

Quote: “We have guided on a 5-7% sequential growth in Q2 which supports the fact that we continue to have a nice trend,” Delaporte said.

Wipro said that it had crossed the 200,000 employees mark in the June quarter, with a total headcount of 209,890 globally.

The Bengaluru-based company’s profit rose 34.7% to Rs 3,248 crore and revenue by 22.4% to Rs 18,250 crore — outperforming larger peers such as Tata Consultancy Services (TCS) and Infosys — as business from clients increased across verticals. The IT services provider said it expects to cross $10 billion in revenue in the ongoing fiscal year, following its best-ever performance in a three-month period in the quarter ended June 30.

Paytm’s investors will sell over Rs 8,000 crore worth of stake before its public listing.

■ Netradyne Technology, an AI-based fleet safety solutions vendor, has raised $150 million in its Series C funding round led by SoftBank Vision Fund, at a valuation of nearly $1 billion. Existing investors Point72 Ventures and M12 also participated in the round. The San Diego- and Bengaluru-based company said it plans to utilise the capital to expand into markets such as Europe, Australia and New Zealand, apart from advancing core R&D and recruiting more people.

■ Online news aggregator platform Inshorts has landed $60 million funding from Vy Capital and existing investors. With this, the startup has raised about $140 million in the past year from investors such as former Tiger Global executive Lee Fixel’s Addition, Tiger Global, SIG, A91 Partners and Tanglin Venture Partners. Apart from operating an eponymous news aggregator app, Inshorts also launched a location-based social media platform called Public in 2019.

■ Consumer-lending fintech startup Credit Fair has raised $15 million in a seed funding round led by angel investors Anand Ladsariya and Alok Agarwal of Striver Capital Advisors. The startup plans to use the money to build its technology team, improve underwriting models, and expand into tier II and III cities to scale its assets under management.

■ IISc-incubated space technology startup Digantara has secured $2.5 million in seed funding from Kalaari Capital as it looks to accelerate its product development and launch its first technology demonstration satellite into lower earth orbit.

Amazon India has added 11 fulfilment centres and expanded nine existing ones to increase storage capacity by 40% from last year.

The e-commerce company now has more than 60 fulfilment centres and over 25 specialised sites in India dedicated to groceries and the daily essentials.

The expansion also comes as the online grocery space is seeing increased action from rival Flipkart and new entrants such as Reliance Industries’ JioMart and Tata-owned BigBasket.Grofers, which recently raised funding from Zomato, is also scaling up operations, and Swiggy is expanding its hyperlocal grocery businesses.

Last month, Flipkart opened a new fulfilment centre in West Bengal, its second-largest in the state, to ramp up its supply chain infrastructure in the east.

Meanwhile, the US Consumer Product Safety Commission (CPSC) has sued Amazon.com Inc to force the retailer to recall hundreds of thousands of hazardous products sold on its platform.

WhatsApp banned 2 million Indian accounts: WhatsApp has banned 2 million accounts from Indian users between May 15 and June 15, with the majority of them being banned due to unauthorised use of automated or bulk messaging and spamming users, the messaging platform said in its first report as mandated by the new IT rules.