Bollywood actor Aditya Roy Kapur rang into his 36th birthday on Tuesday. Several Bollywood celebs poured in their heartfelt wishes for the birthday boy. Aditya’s ‘Kalank’ co-star Varun Dhawan took to his Instagram handle and wished him by sharing a Story that featured a throwback photo of the duo flaunting their chiselled physique. Along with it, Varun wrote, “Happy bday and see you soon boi @adityaroykapur.” 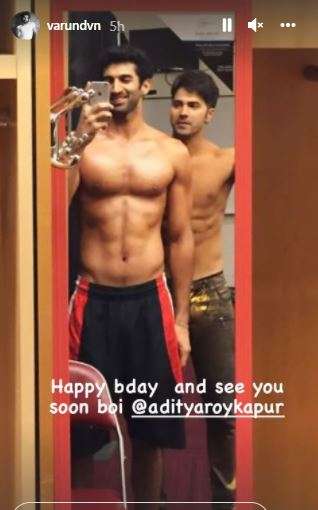 Actor Anushka Sharma also shared an Insta Story that had Aditya’s picture and wished him by writing, “Happy Birthday Aditya! Wishing you love and light always.” 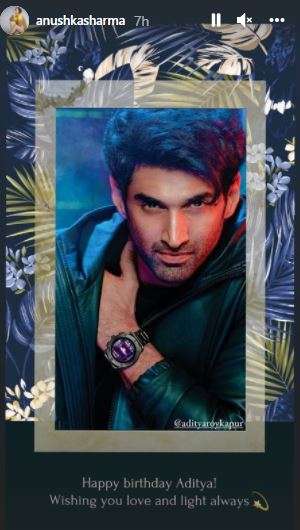 Sonakshi Sinha, who too was part of Abhishek Varman’s period drama ‘Kalank’ alongside Aditya, shared her birthday wishes by posting a birthday photo with him and wrote, “Happy Birthday, ADI BOY!!! @ADITYAROYKAPUR.” 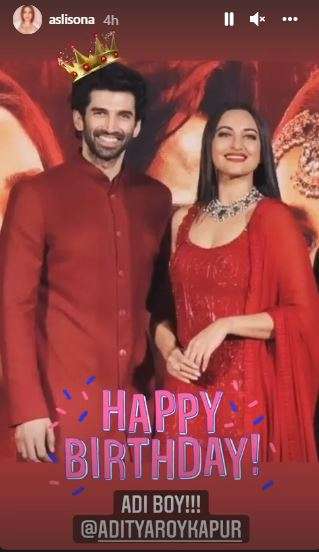 Filmmaker Abhishek Kapoor who directed Aditya’s 2016 film ‘Fitoor’ wished the actor on Twitter by sharing a video in which she could be seen playing the guitar and singing ‘Wicked Game’, a song by Chris Issak. “Happy Birthday to the most beautiful handsome gorgeous man! Love u Adi #AdityaRoyKapur,” Abhishek wrote along with it.

Aditya, who made his Bollywood debut in the 2009 film ‘London Dreams’ rose to fame with Mohit Suri’s ‘Aashiqui 2’. After starring in ‘Malang’ last year, his future projects include the Indian adaptation of John Le Carre’s spy drama ‘The Night Manager’ and ‘Thadam’, which is an official Hindi remake of the Tamil hit of the same name. Aditya will also be seen in the upcoming action-thriller ‘Om: The Battle Within.’

Notice Issued For Chhattisgarh State Service Exam, Know When Exam Will Be Held