Skip to content
Janhvi Kapoor is currently having the time of her life in Dubai with her father Boney Kapoor and sister Khushi Kapoor. The actress recently shared a few lovely pictures of them spending some family time together.

Check out the photos here: 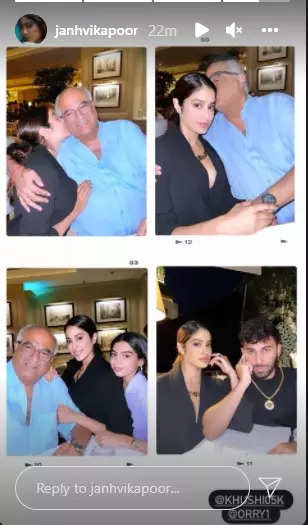 In the pictures, the trio is seen having some fun time together, posing for pictures. While Janhvi looked stunning as ever in her all-black outfit, Khushi looked pretty in a blue outfit. Boney, on the other hand, wore a blue shirt.

Earlier, Janhvi had shared some pictures of herself posing on an ATV in the desert. She looked stylish in a brown crop top and denim shorts. While most fans and friends commented on the post, it was the comment of her ex-beau Shikhar Pahariya that grabbed our eyeballs. He wrote, ‘Mashallah’. 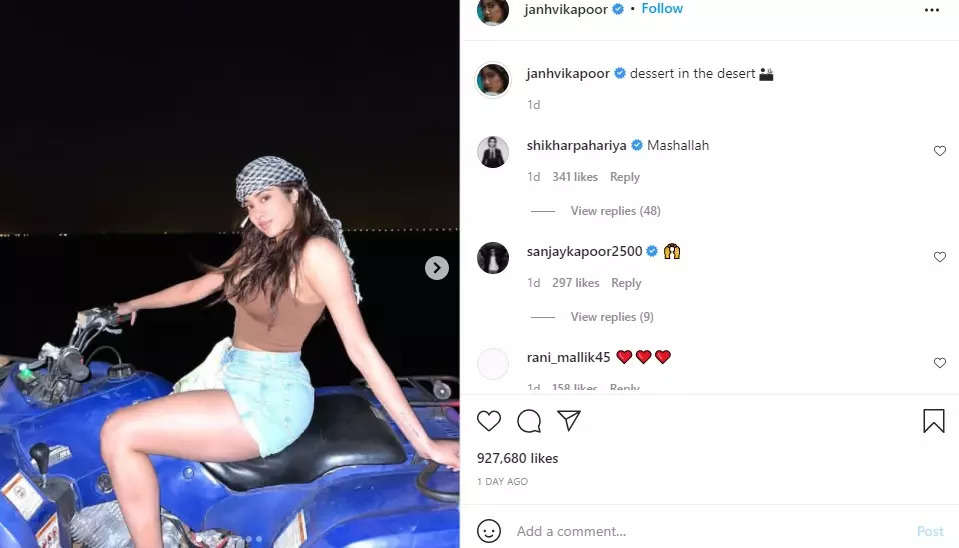 Meanwhile, on the work front, Janhvi was last seen in ‘Roohi’ co-starring Rajkummar Rao and Varun Sharma in lead roles. It received a mixed response from the audience and the critics alike. Next, she has a line-up of some very interesting films that include ‘Dostana 2’, ‘Good Luck Jerry’ and Karan Johar’s magnum opus, ‘Takht’.

Boney, on the other hand, will be showing off his acting prowess in Luv Ranjan’s untitled next. The film stars Ranbir Kapoor and Shraddha Kapoor in lead roles. It will also feature Dimple Kapadia in a key role.