Skip to content
Kangana Ranaut wrapped up the shooting of her upcoming film ‘Tejas’ and the actress celebrated the same with her team in the city. For the party, the actress wore a golden yellow shimmery ensemble with a thigh-high slit. Kangana looked absolutely stunning as she posed for the cameras! She even shared her look on Instagram and a few glimpses from the bash. The caption of one of her posts read, “There is a song ringing in my head … Mere mehboob tujhe meri mohabbat ki kasam ….”

Check out the pictures here: 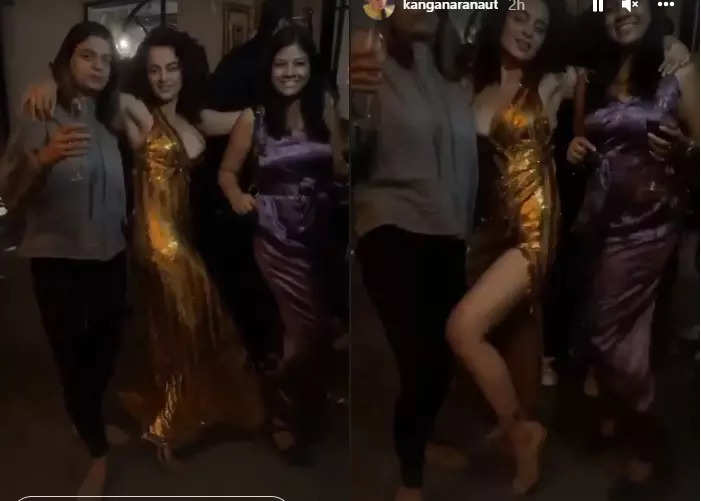 ‘Tejas’ features Kangana in the role of ‘Tejas Gill’, an Indian Air Force pilot. The film is written and directed by Sarvesh Mewara.

The Indian Air Force was the first of the country’s defence forces to induct women into combat roles in 2016. The film takes inspiration from this landmark event.

On the other hand, Kangana has several films lined up ahead like ‘Manikarnika Returns: The Legend Of Didda’, ‘Emergency’, ‘Dhaakad’, ‘Tejas’, and ‘The Incarnation: Sita’.

Cardi B becomes first-ever creative director in residence for Playboy